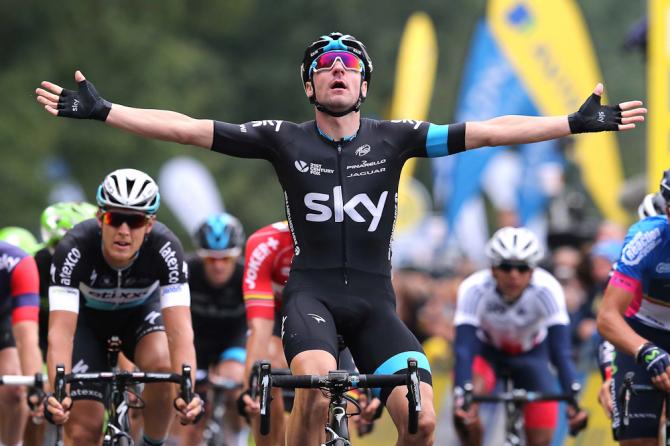 Sir David John Brailsford is a British cycling coach, formerly performance director of British Cycling and is currently general manager of Team Sky, a British professional cycling team that competes at UCI World Team level. In 1996 The British Cycling team was a national embarrassment, broke and lacking equipment, the British people introduced a national Lottery to help fund Olympic Sports. At the time, professional cyclists in Great Britain had endured nearly one hundred years of mediocrity and had almost no record of success. Since 1908, British riders had won just a single gold medal at the Olympic Games, and they had fared even worse in cycling’s biggest race, the Tour de France. When Sir Dave was appointment as performance director in 2003, no British cyclist had ever won the Tour De France in its 100-year history. In fact, the performance of British riders was such an embarrassment to the sport that one of the top bike manufacturers in Europe refused to sell bikes to the team because they were afraid that it would damage the brand and hurt sales if other professional riders saw the Brits using their equipment. 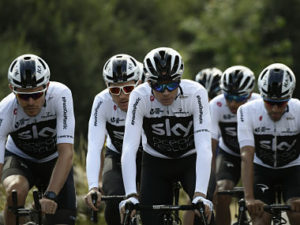 With public financing in place through the national lottery, they secured new equipment, and moved the team to a state-of-the-art velodrome based in Manchester. At the 2004 Olympic Games Great Britain won two cycling gold medals. Under Brailsford’s leadership, the cycling team continued to improve, winning multiple world championships in road, track, BMX and Mountain bike racing. Great Britain led the cycling medal table at the 2008 and 2012 Olympic Games, winning eight golds at both events, while British cyclists won 59 World Championships across different disciplines from 2003 to 2013. Brailsford also became the manager of the British-based professional cycling team known as Team Sky, leading them to victories in the 2012, 2013, 2015, 2016, 2017 and 2018 Tours de France. With success comes accusations, and the team was tested for performance enhancing drugs. With no evidence of drugs or doping, the cycling world wanted to know what Sir Dave’s methods and philosophy where that helped the Brits achieve world domination in one of the most competitive sports on earth.

The Aggregation of Marginal Gains

What made Brailford different from previous coaches was his fascination with Kaizen and other process-improvement techniques he discovered while studying for his MBA. It struck Brailford that we should think small, not big, and adopt a philosophy of continuous improvement through the “aggregation of marginal gains” which was the philosophy of searching for a tiny margin of improvement in everything you do. Sir Dave said, “The whole principle came from the idea that if you broke down everything you could think of that goes into riding a bike, and then improve it by 1 percent, you will get a significant increase when you put them all together.”

Brailsford and his coaches began by making small adjustments you might expect from a professional cycling team. By experimenting in a wind tunnel, they found small improvements to aerodynamics. By analyzing the mechanics area in the team truck, they discovered that dust was accumulating on the floor, undermining bike maintenance. If one spec of dirt got into a finely tuned bike it could degrade performance, so they painted the floor white, in order to spot any impurities. If you want to see the view from the tip of the podium, you can’t afford to get sick, not even a little bit sick, so they hired a surgeon to teach the athletes about proper hand-washing so as to avoid illnesses during competition. They even decided not to shake any hands with other competitors during competition to avoid contagions. They were precise about food preparation. They determined the best pillows and mattresses that led to the best night’s sleep for each athlete, and brought the mattresses and pillows with them so the athletes could sleep in the same posture every night. The searched for small improvements created a contagious enthusiasm among the cyclists and coaches, every member of the team started looking for ways to improve. As Brailford puts it “There’s something inherently rewarding about identifying marginal gains — the bonhomie is similar to a scavenger hunt. People want to identify opportunities and share them with the group.” As these and hundreds of other small improvements accumulated, the results came faster than anyone could have imagined. 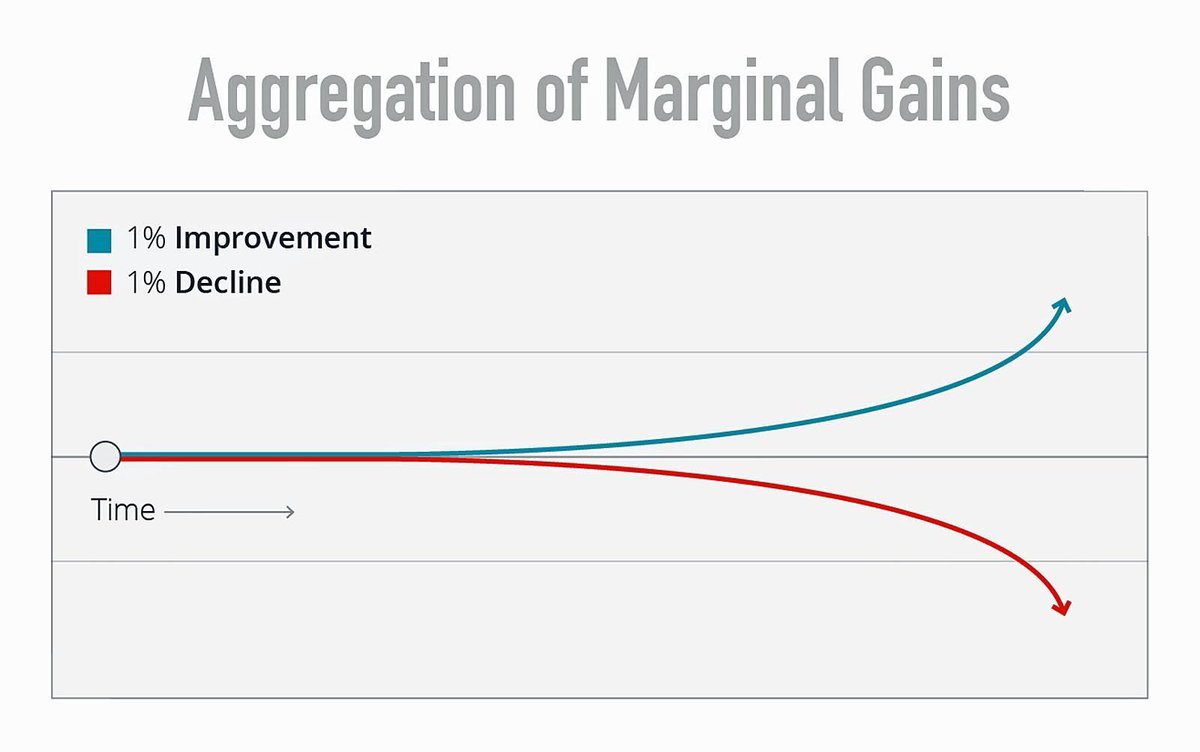 My good friend Brad Harris said its the snowball effect, like compounding interest, with the accumulation of daily marginal gains you can beat anybody in the world. While everyone else is looking for the hay-maker, Brailford is focusing the little things that seem to make no difference in the act of doing them, but over time are the difference between second place and a world championship. It reminds you of John Wooden, head coach at UCLA mens basketball program, winning 10 NCAA National Championships, and a record 7 in a row. Much like Brailfords teaching his athletes to properly wash their hands, John Woodens first lesson wasn’t layups or defense, he started with shoelaces. At the beginning of every season players learned the fundamentals. He didn’t want players getting blisters, so he instructed the to pull up their socks, leaving no loose flaps inside your sneakers. Like the common cold, blisters could cause a player to miss a game or two. He didn’t want sprained ankles either, he instructed the players to pull the laces tight and even and tie them tightly. These are the little things, that are the marginal differences between second place and a national championship. Brailford said a 1% improvement over a years’ time is 37 times better, a 74% differential. 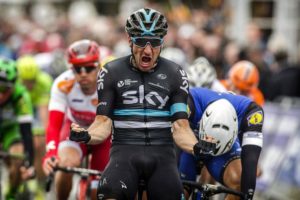